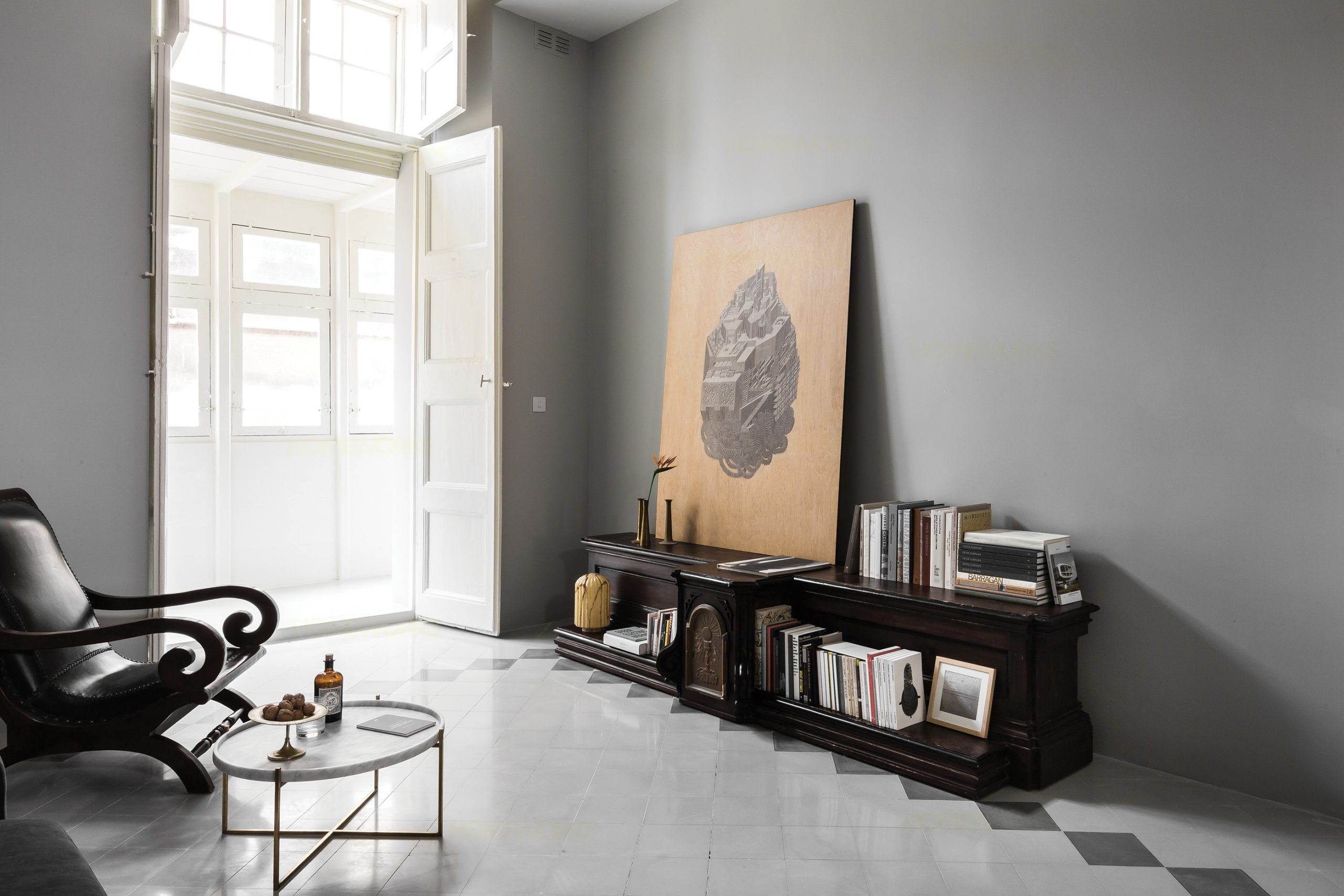 When architect Jens Bruenslow first saw this apartment, it was in a terribly dilapidated condition. The floors were on different levels, false ceilings had been added, most of the tiles were broken, apertures had been damaged and the services were dysfunctional. The layout wasn’t good either – the bedrooms at the back of the property were only accessible through a narrow access that led to a dark, aluminium-enclosed passage.
But there were opportunities too, and space to work with. Located in a former palace, which had been turned into a block of flats at the beginning of the 20th century, the apartment is situated in the lower part of what was once the piano nobile. Whilst having lost its former ceilings to the apartment above, many of the old doors were still in place and all could be restored and used again, either in their original place or in new positions. There were also blocked up openings of the former palazzo which could be re-opened, enhancing the light and character of what is today the kitchen.

‘But the true challenge, was and always is, to find the right balance – giving a place a new lease of life that is of this time without losing its character and a sense of its history.’


In renovating and reorganising the apartment, now owned by a young couple, its structure was left practically unchanged. However, the floors were levelled out and then tiled throughout in pale grey traditional Maltese tiles, laid in a diagonal pattern, the continuous flat surface immediately creating a more spacious feel. In the living room a ribbon of darker grey tiles was introduced, adding an elegant touch.
Jens’ solution for the existing passage that led to back bedrooms was radical but beautiful – the construction of a traditional Maltese balcony that follows the segment of a circle. It fits the character of the building but most importantly, gives easy and comfortable access with a space that is now generous and light-filled where once there was only a narrow gap.
Raised platforms, finished in plywood that’s been assembled in a classic pattern of hexagons and squares and lacquered in the same colour as the inbuilt furniture, were introduced in the kitchen and the master bathroom, in both cases enhancing the definition and order of space. In the bathroom, the platform elevates the freestanding bathtub and isolates it thus from the more mundane elements of the bathroom which are aligned in front of a narrow cabinet that houses the services. In the kitchen, the platform again sits at one end of the room, in front of the windows, and creates a defined dining area.
The countertop-level kitchen unit contains the sink as well as the cooking appliances and is super stream-lined for a muted kitchen feel. Opposite is a traditional side table on which sits the coffee machine and decorative accessories, ‘giving it a less purely functional but a more liveable feeling as it is the first room one enters when arriving in the flat,’ says Jens.
Throughout the apartment, the colour palette is kept neutral with light grey walls that vary in tone as the light changes throughout the day. The grey is complemented by white frames and doors and inbuilt furniture elements of a darker grey, that all come together to create a mood of understated elegance that will age well.
The renovation was tricky, particularly when it came to the organisation of services but mostly due to the apartment’s location which meant no access by car and the negotiation of a number of steps. ‘And as it is an old building there were some surprises,’ says Jens. ‘But the true challenge, was and always is, to find the right balance – giving a place a new lease of life that is of this time without losing its character and a sense of its history.’ That has certainly been done.

A palette in pale grey with tiles that reflect the light give the room a bright feel which is enough to hold the darker toned furniture, most of which are family heirlooms. ‘I wanted to create a quiet space,’ says Jens. The marble and brass table is by R Lautier

The large painting is by Teresa Scibberas

New flooring of cement tiles was laid throughout

Placing the table and chairs on a raised platform defines the dining area at the end of the kitchen, which is reached from the living room through a pair of original doors

The table in white, as well as a stool, help keep the room from feeling too full of furniture

A deep, free-standing bathtub gives a real sense of luxury, and the sheer white curtains accentuate the escapist mood

A deep, free-standing bathtub gives a real sense of luxury, and the sheer white curtains accentuate the escapist mood

The flooring is plywood cut to shape, painted and then lacquered 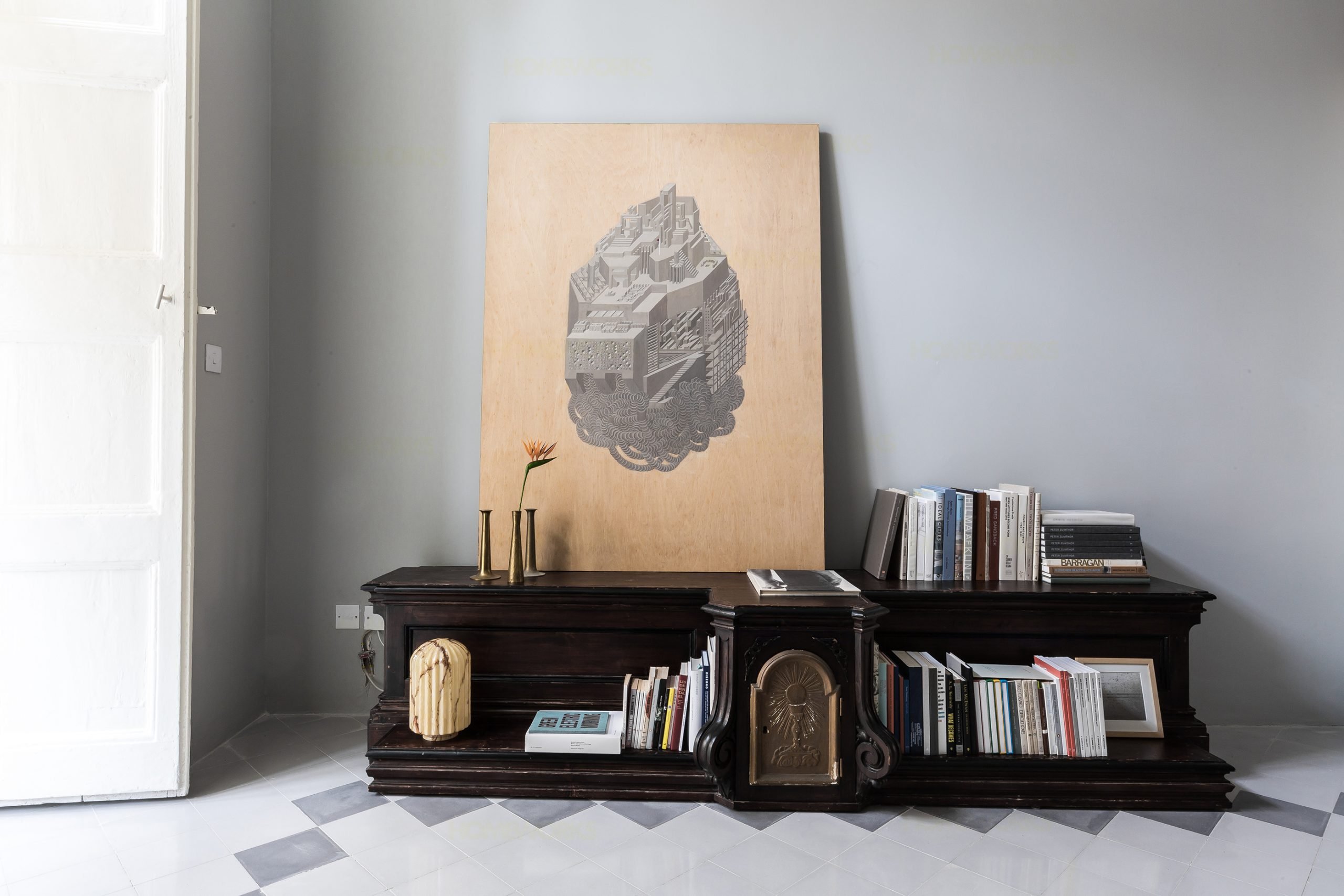 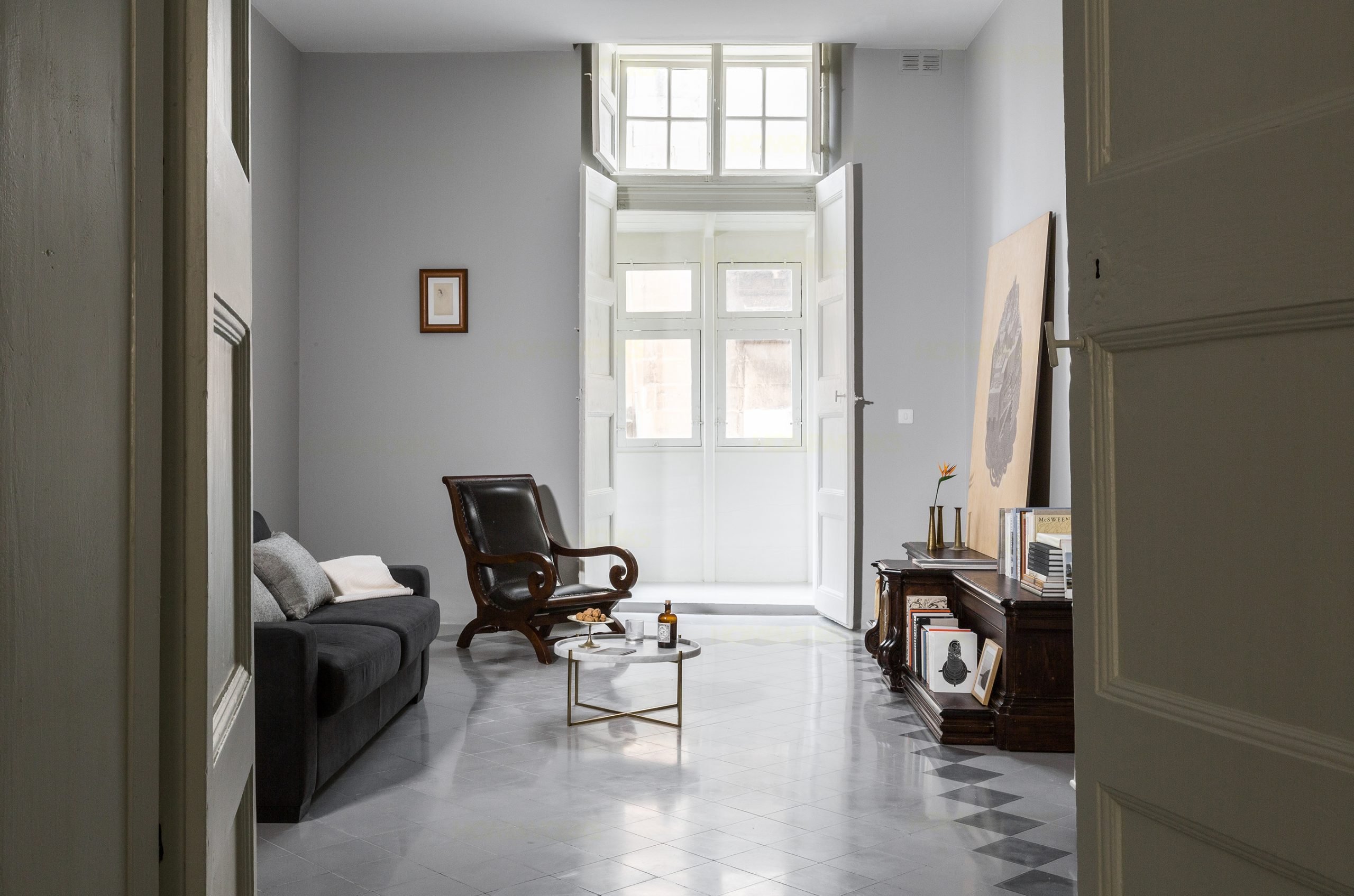 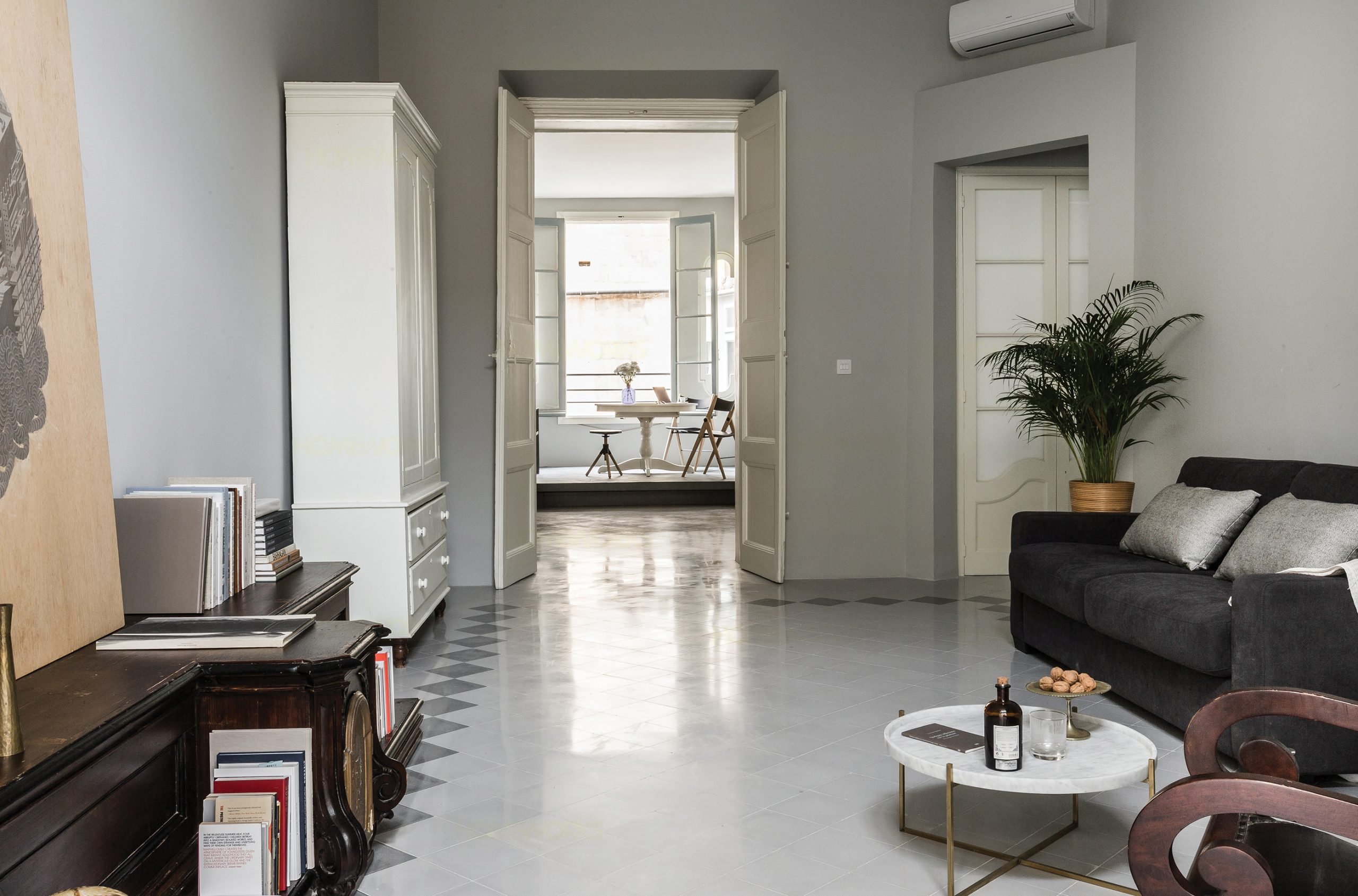 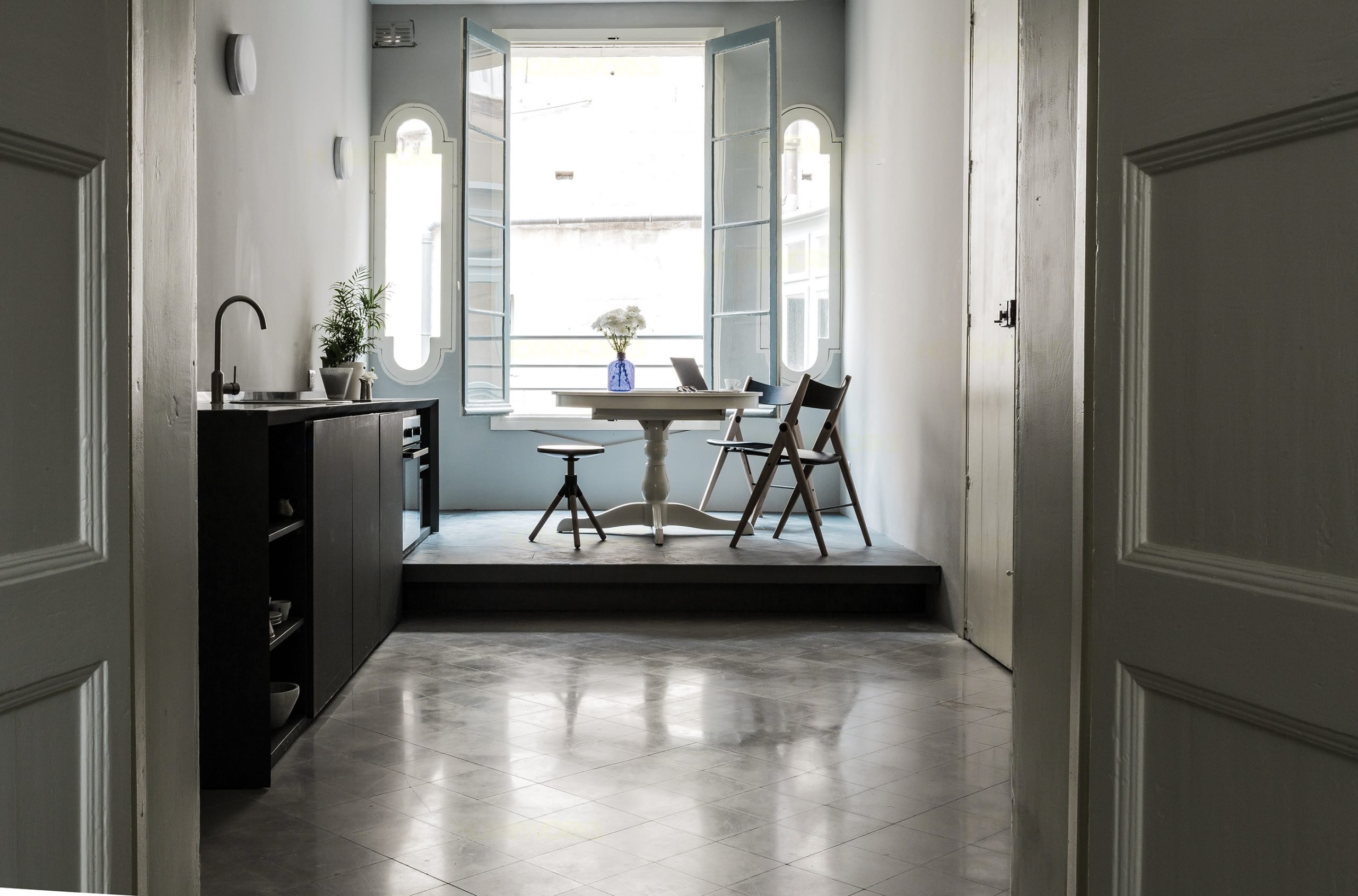 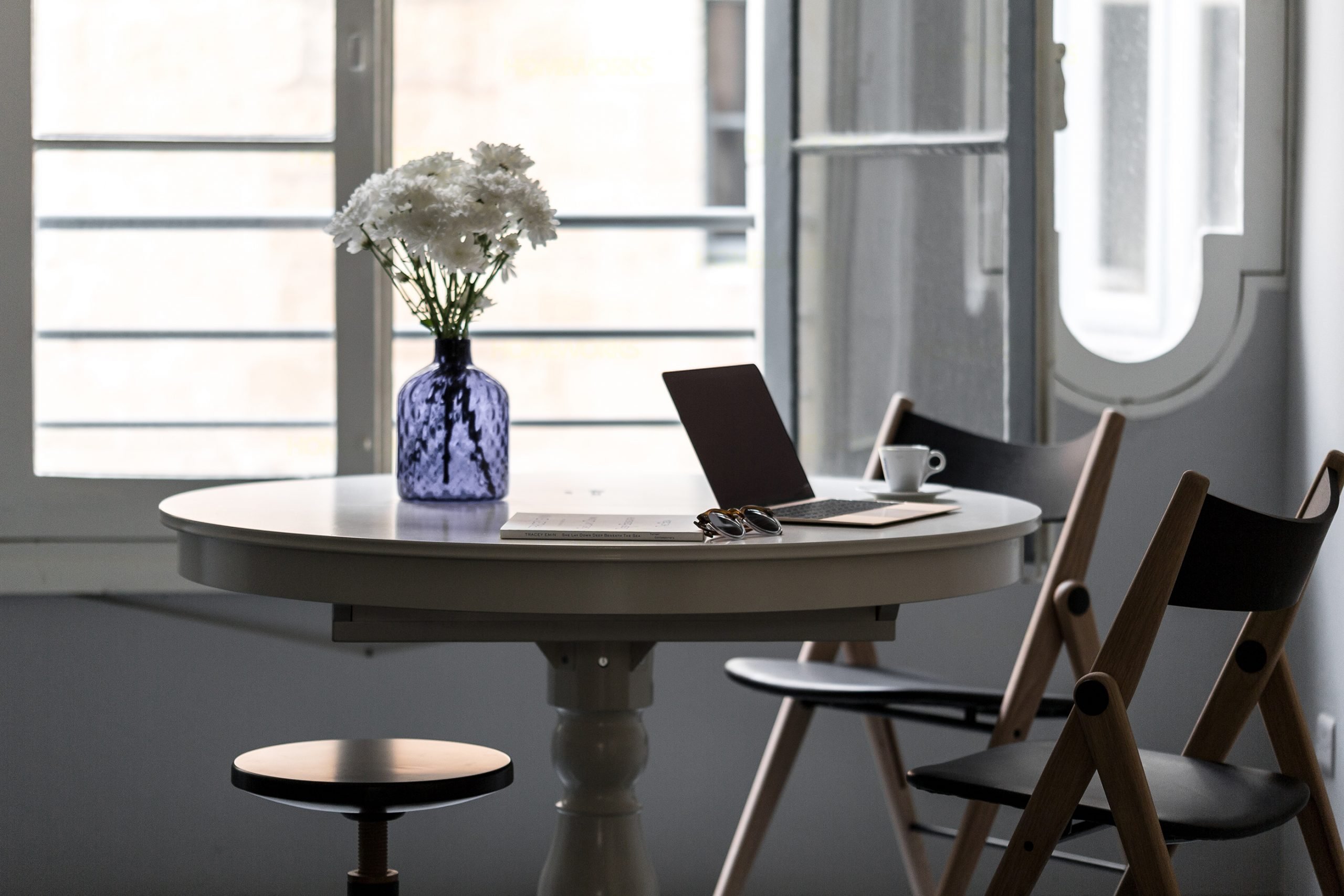 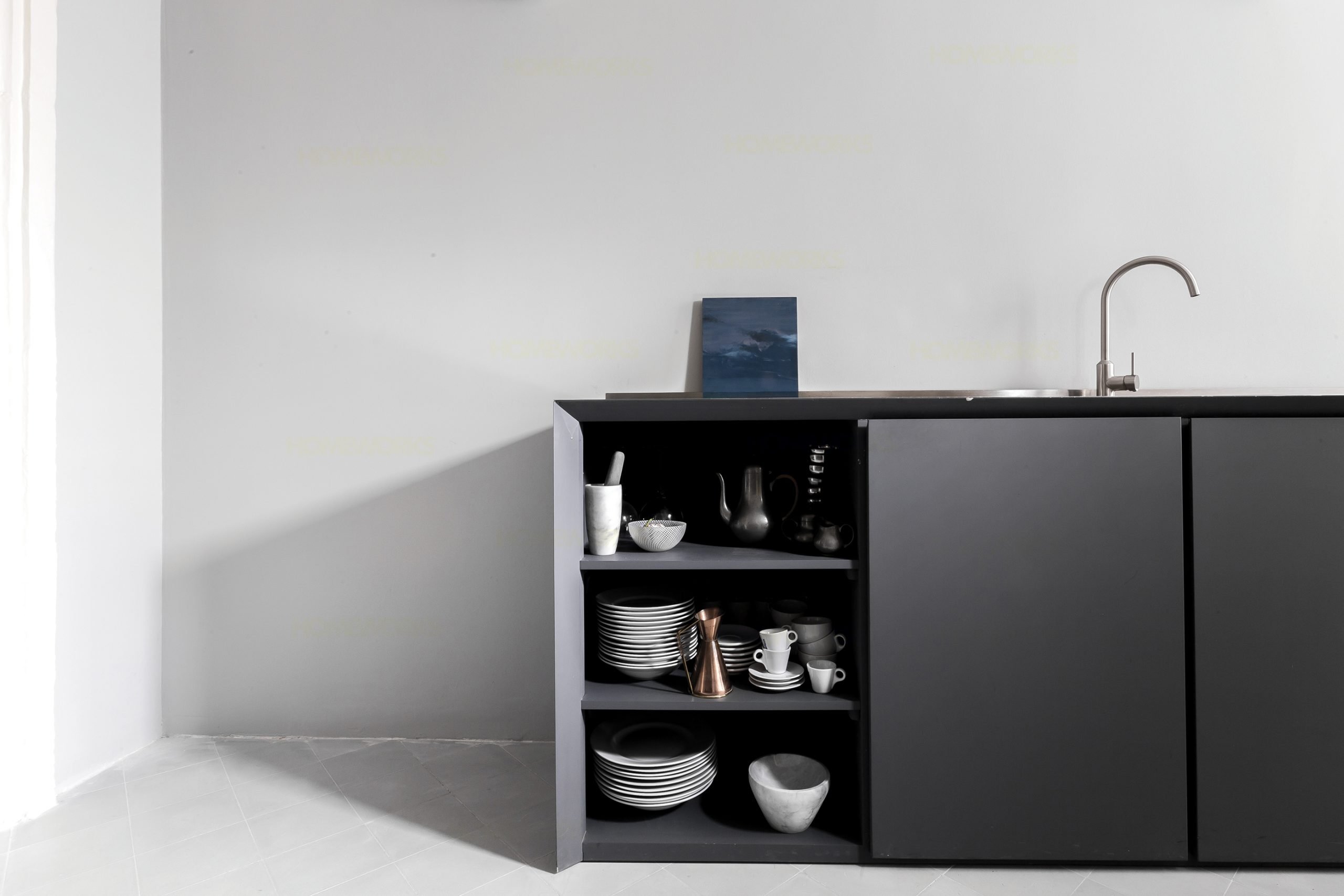 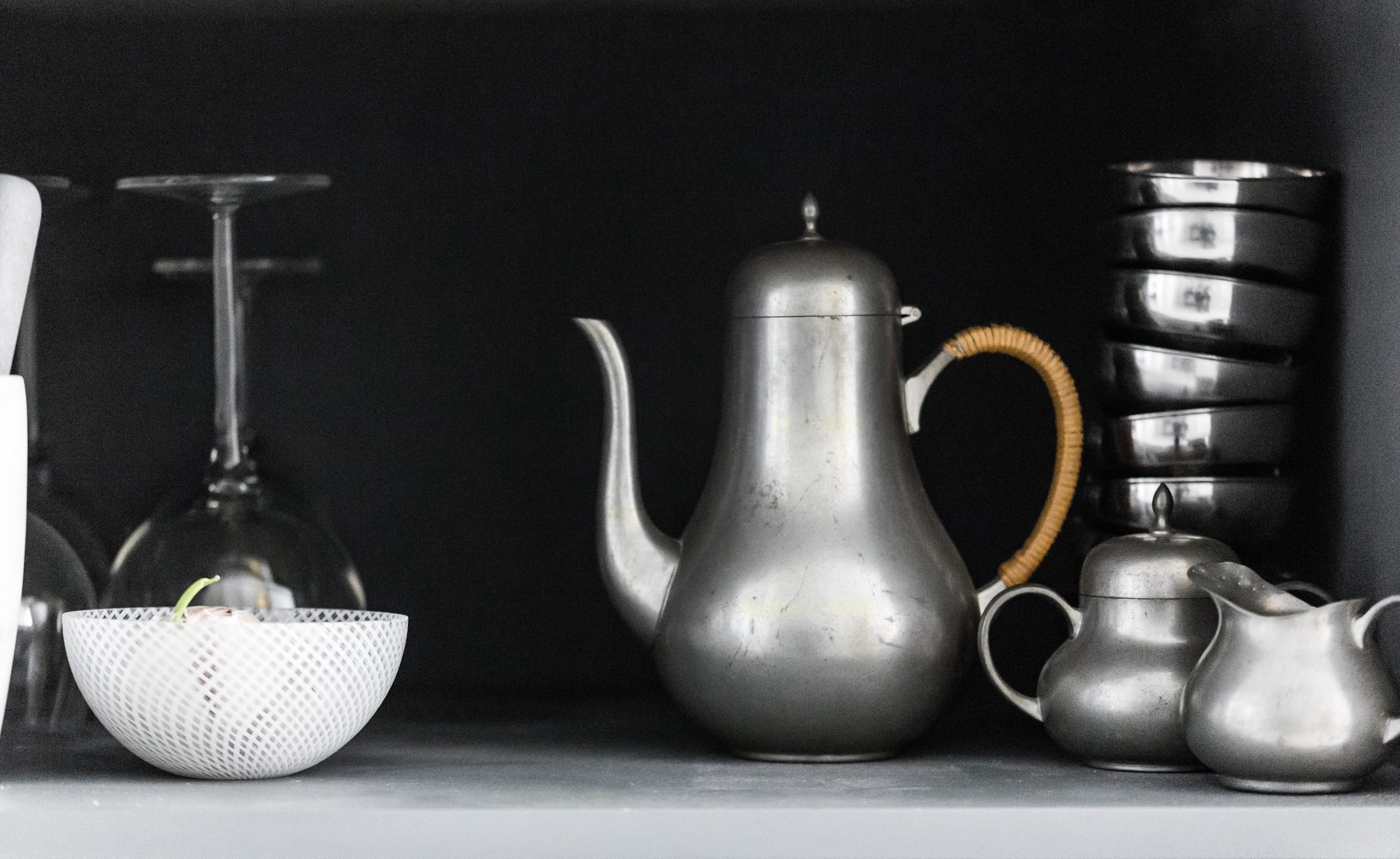 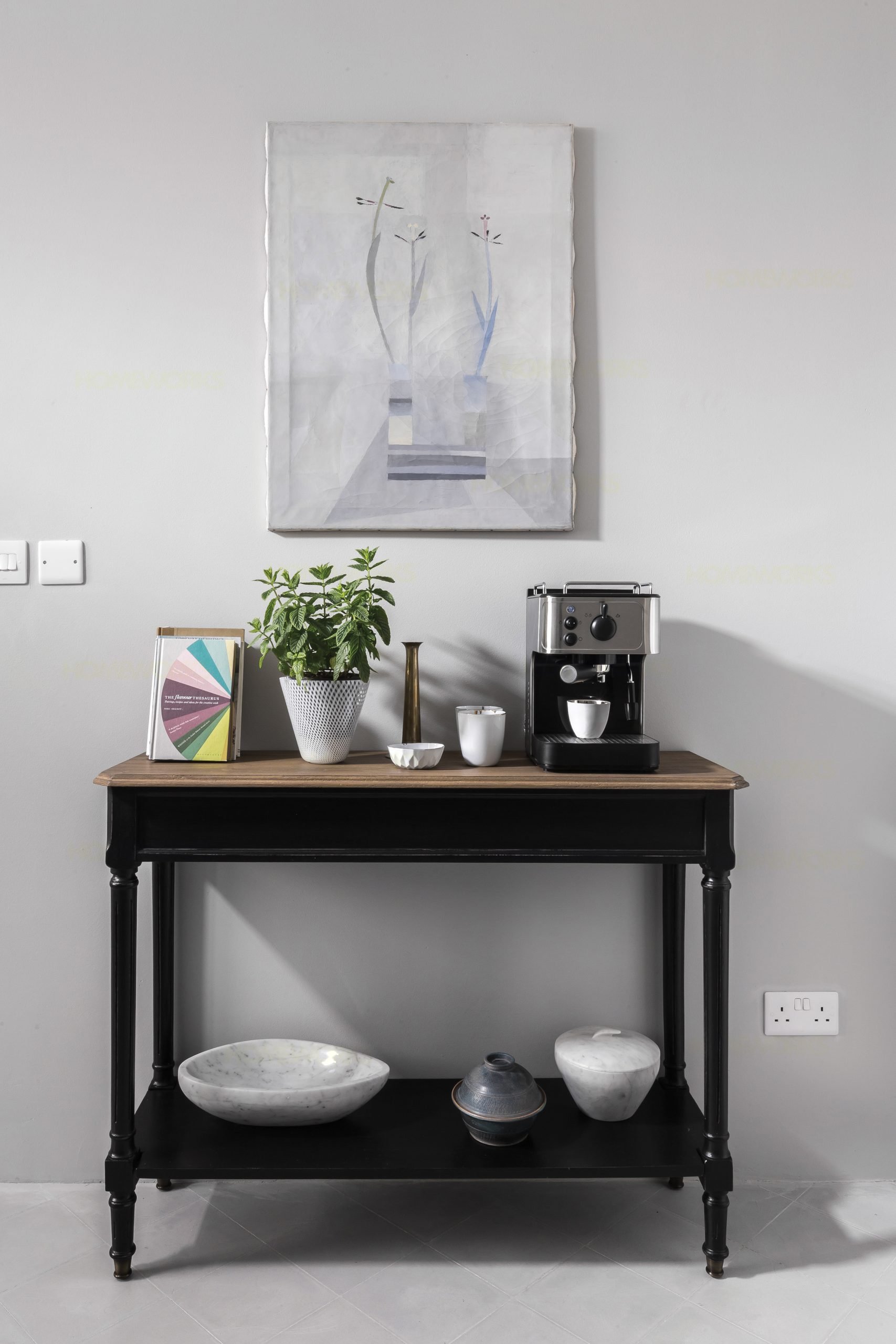 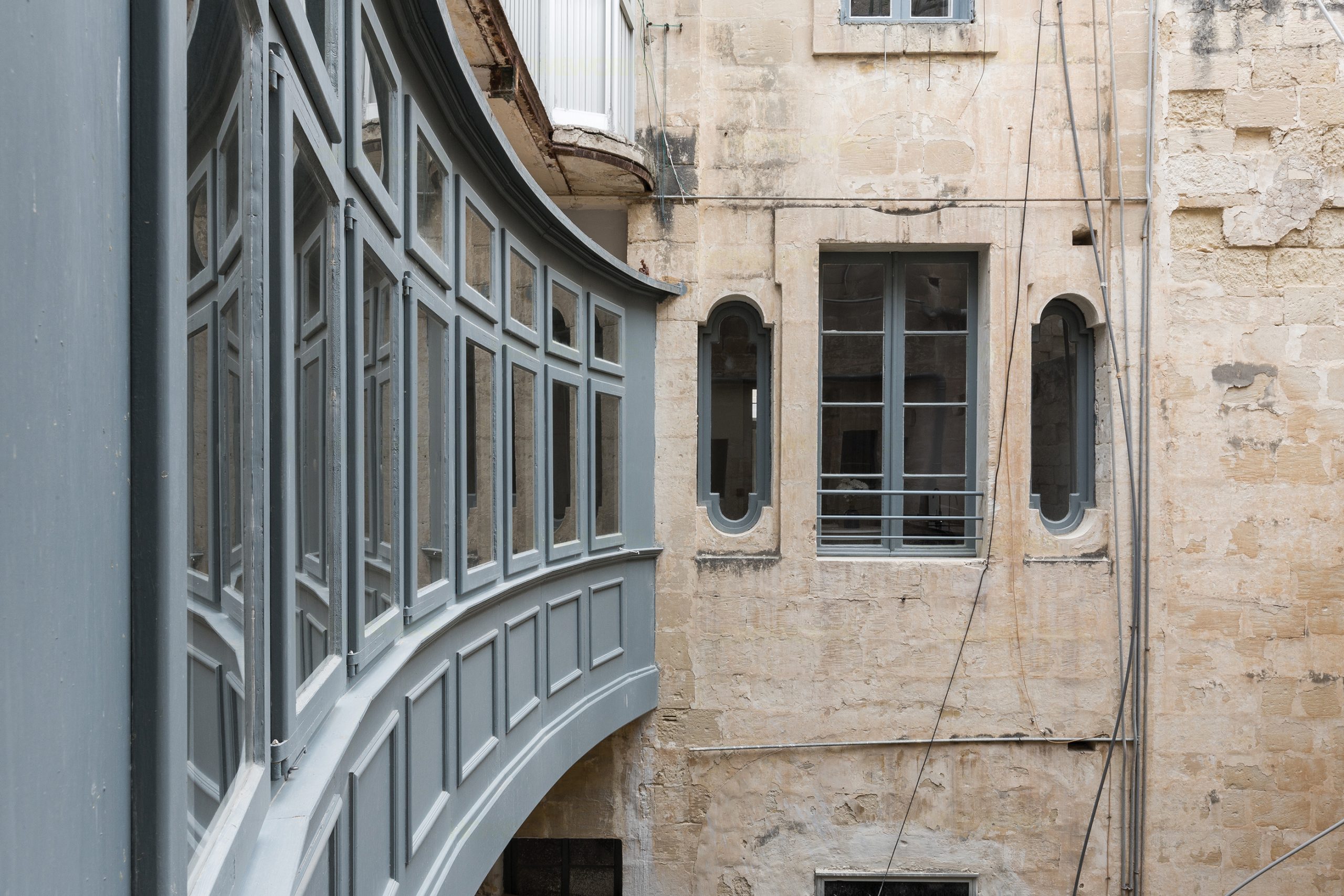 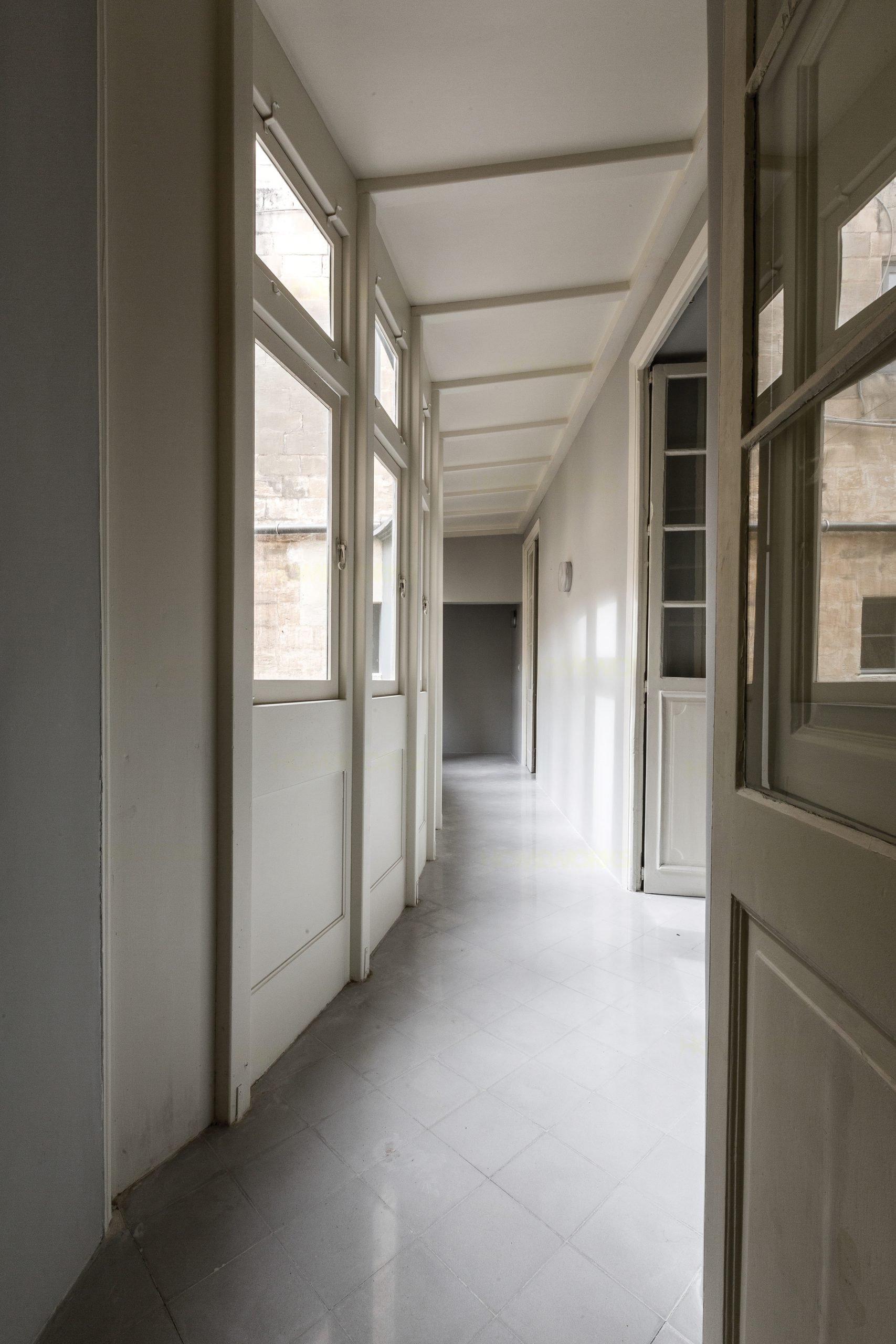 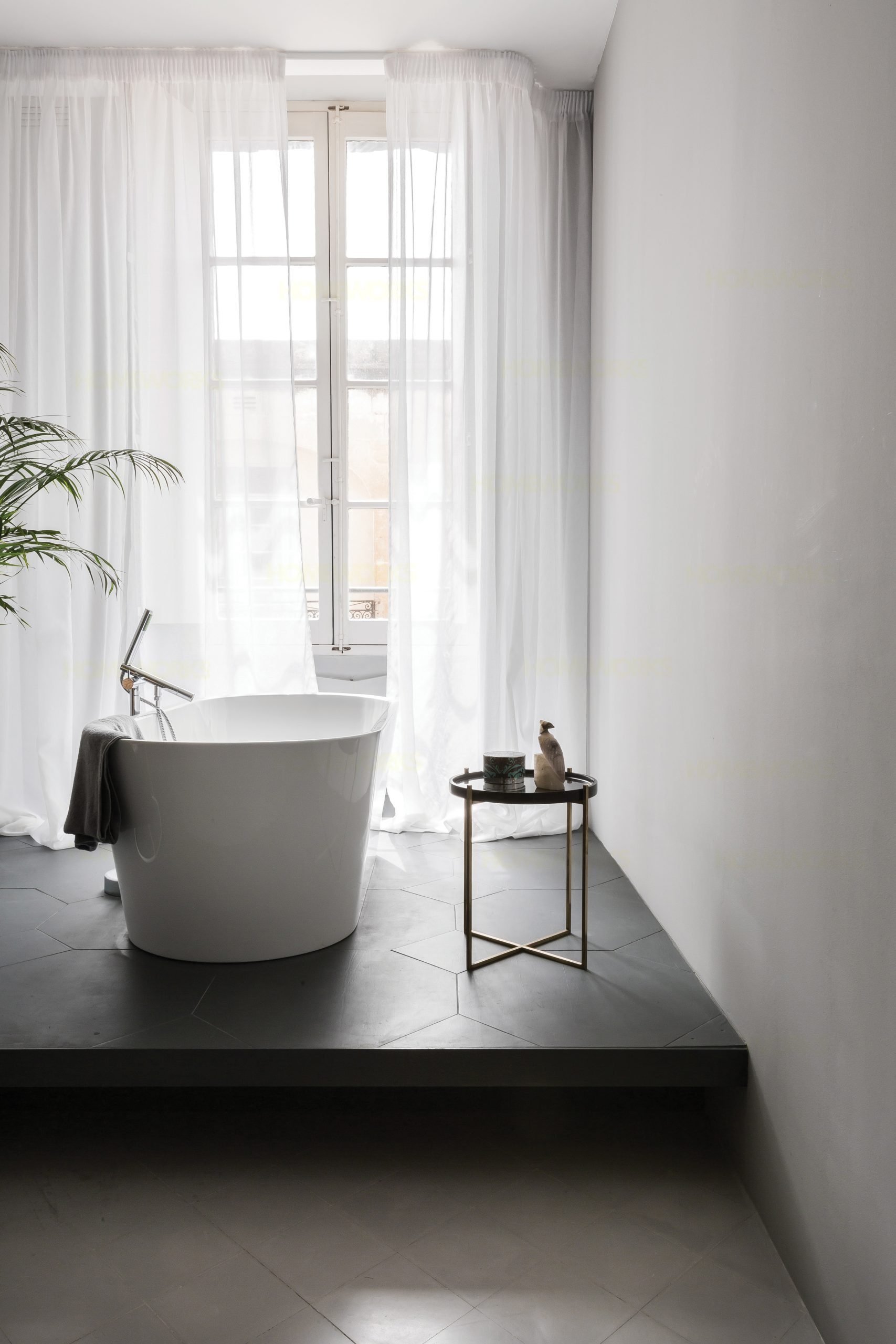 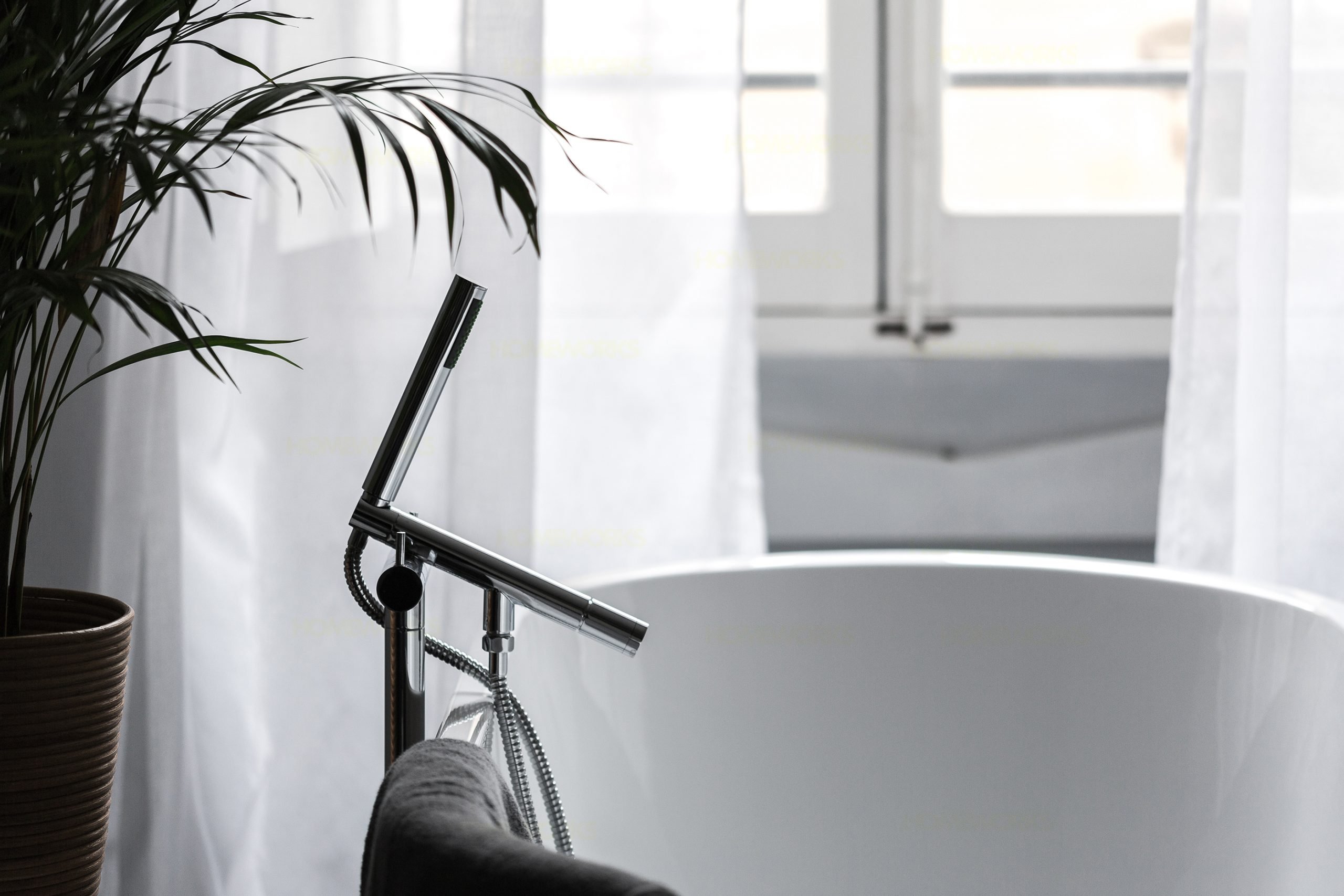 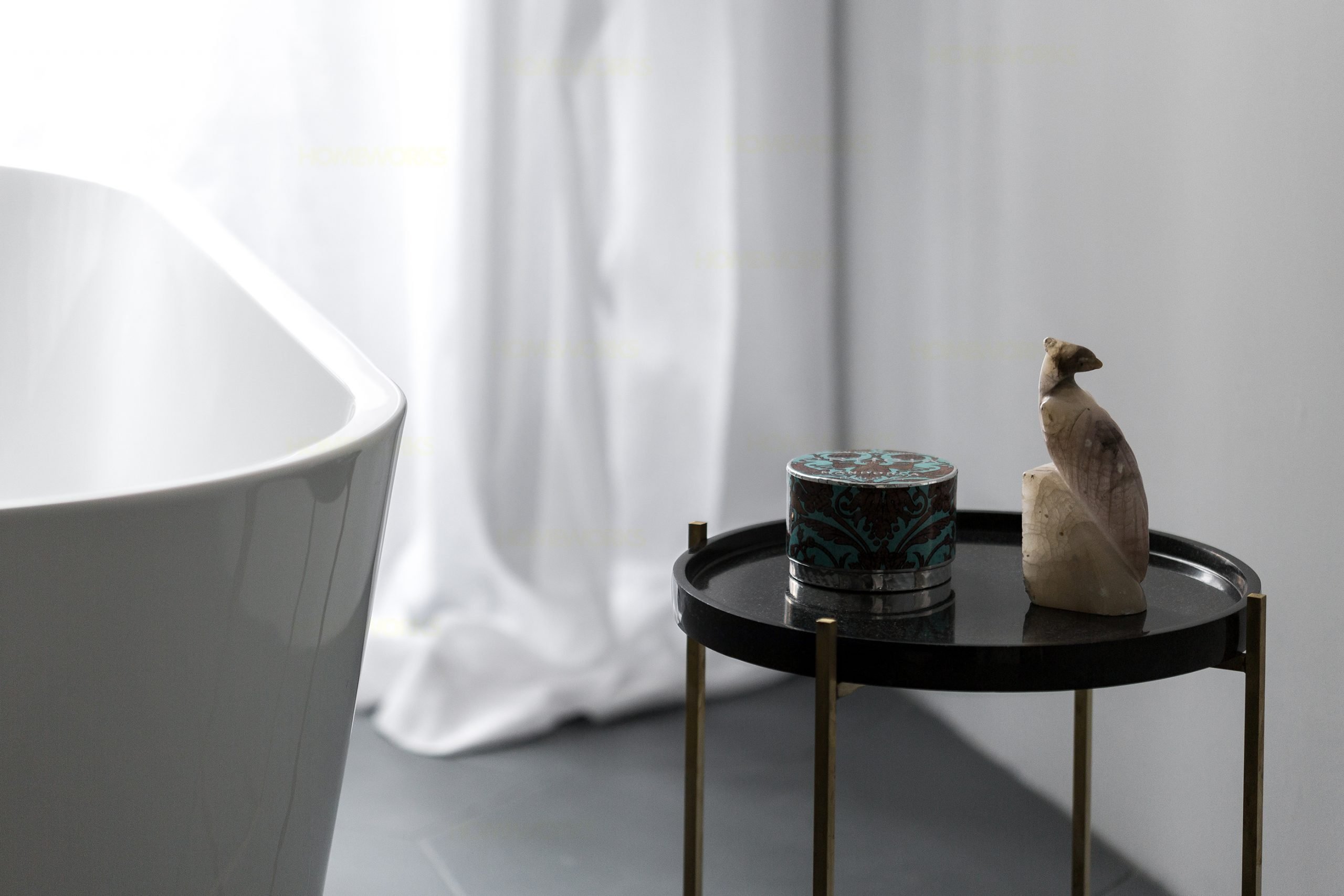 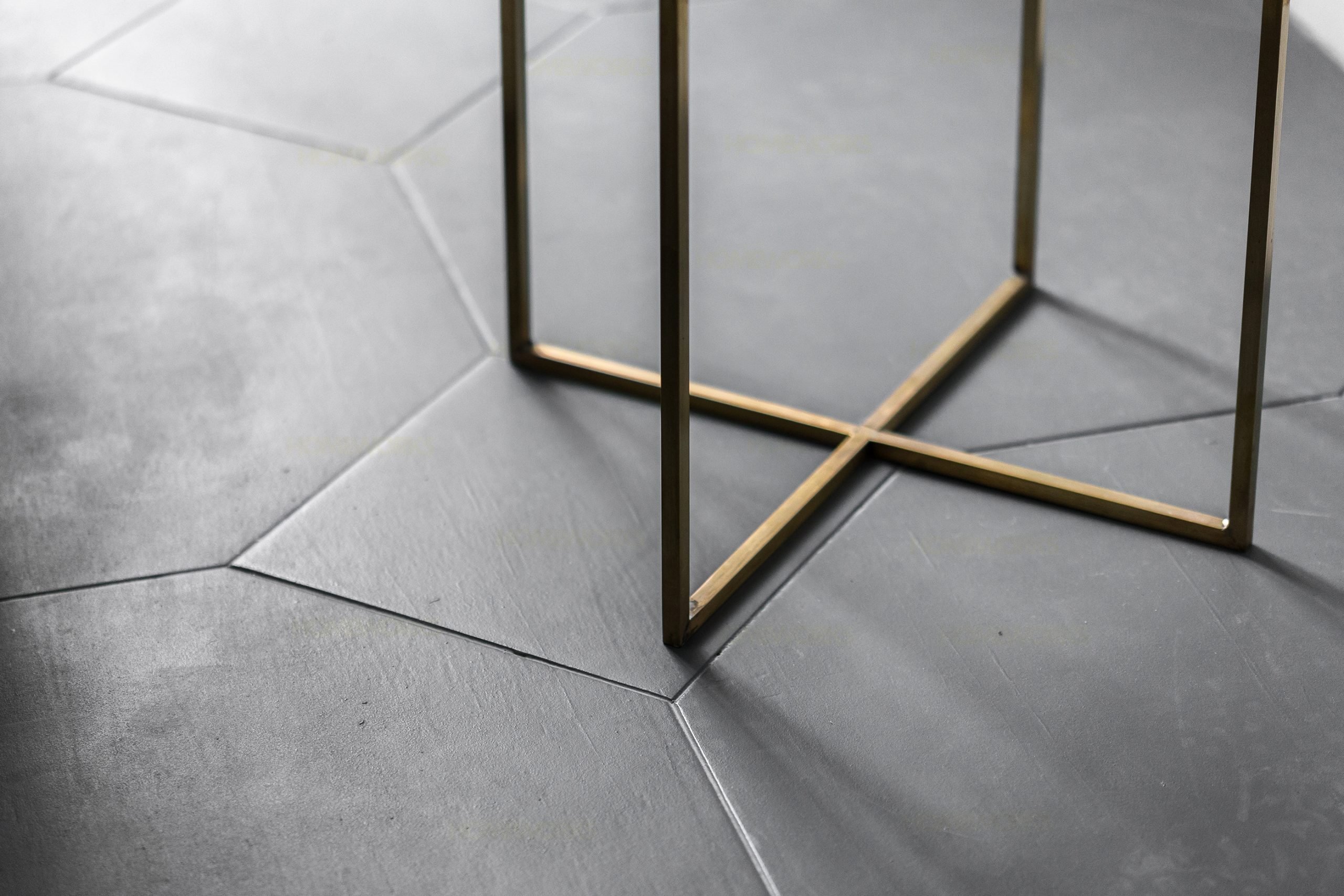 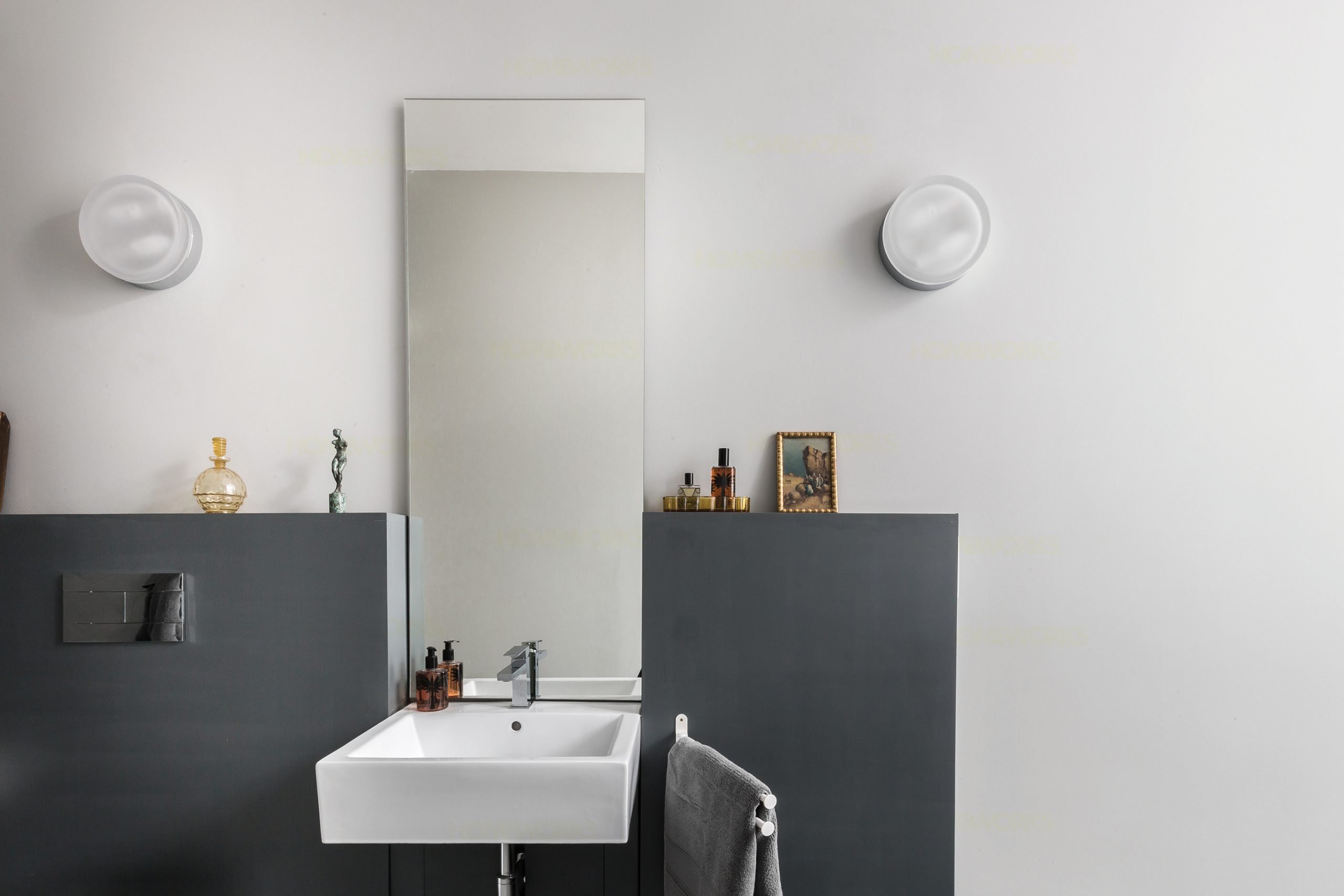 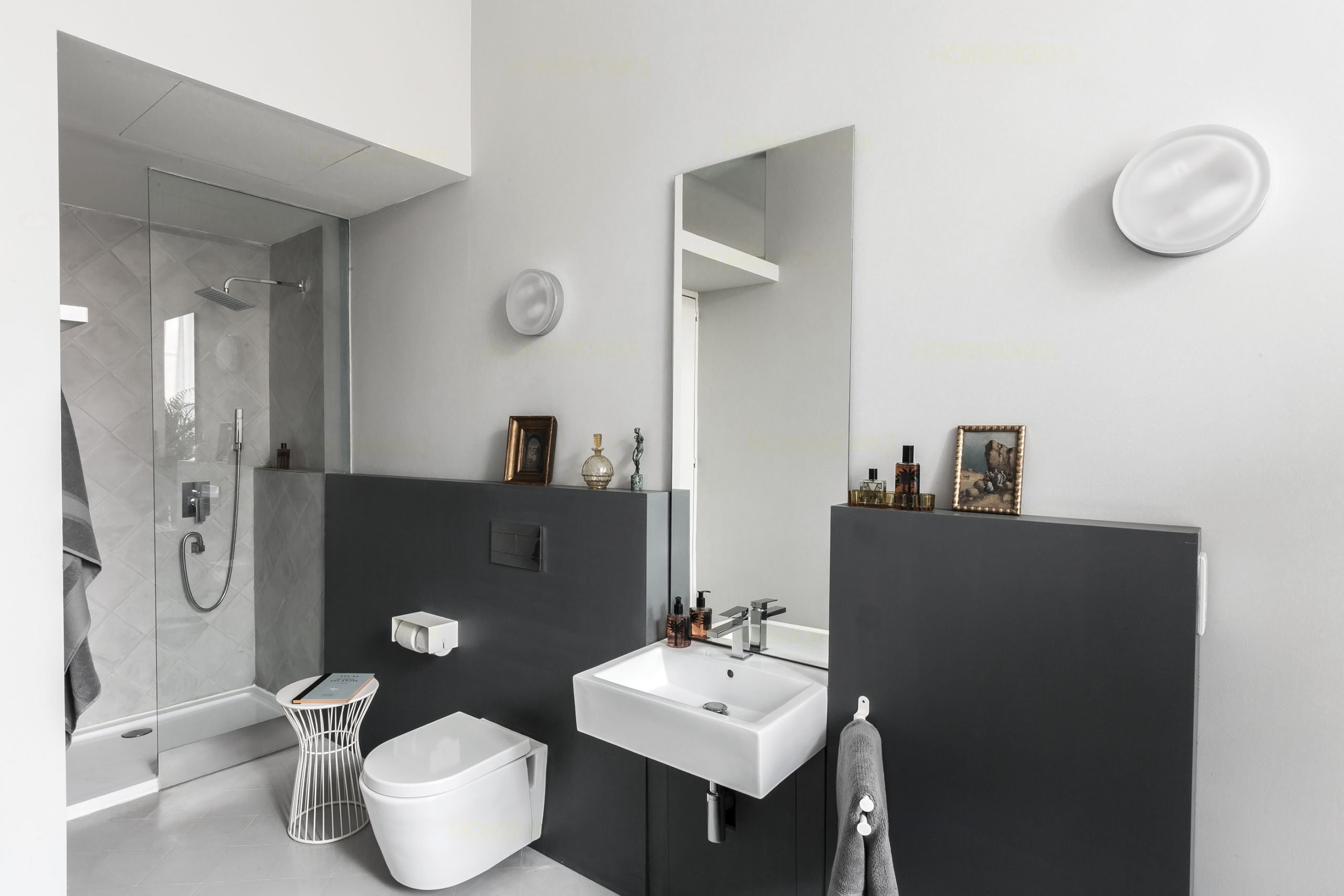 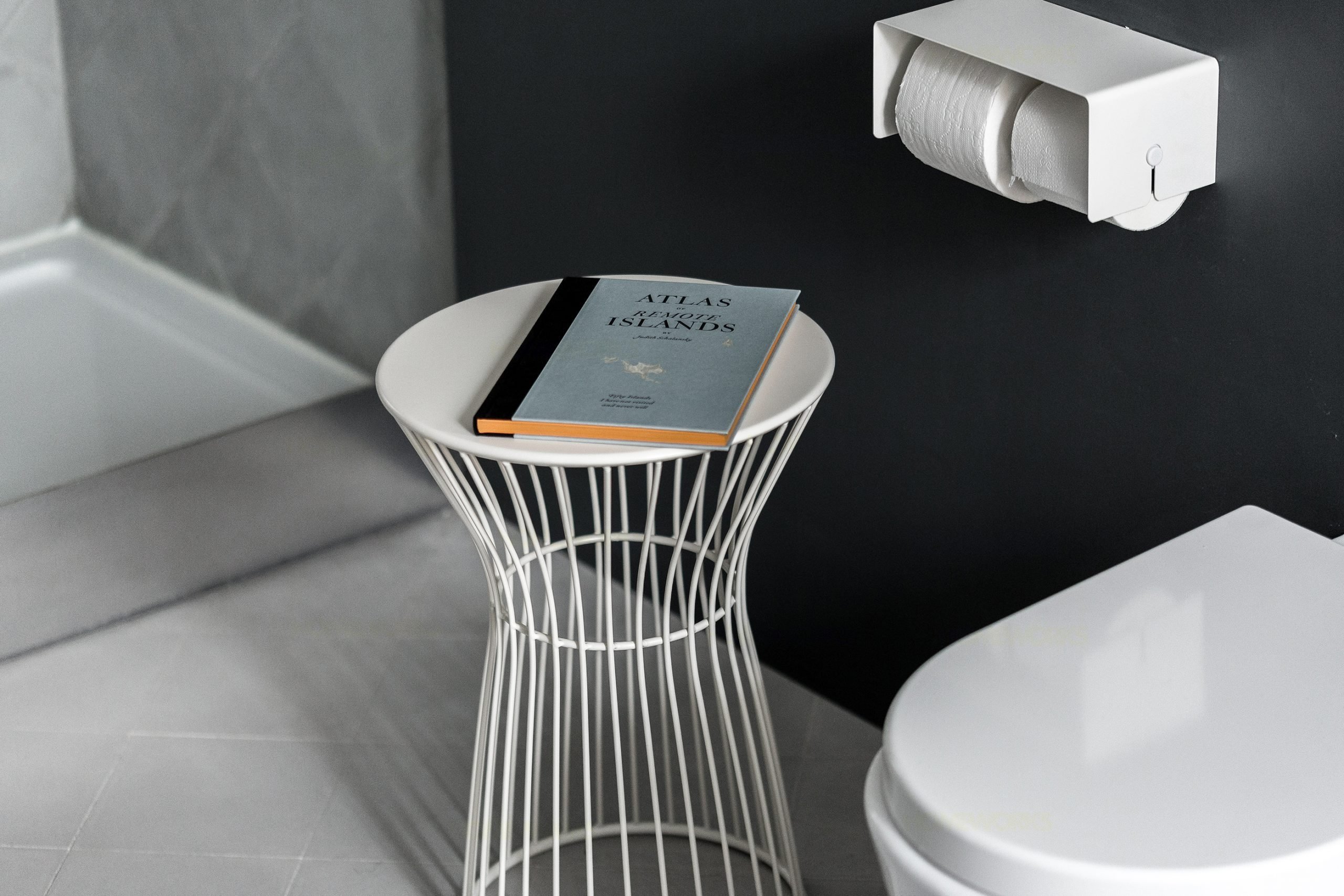 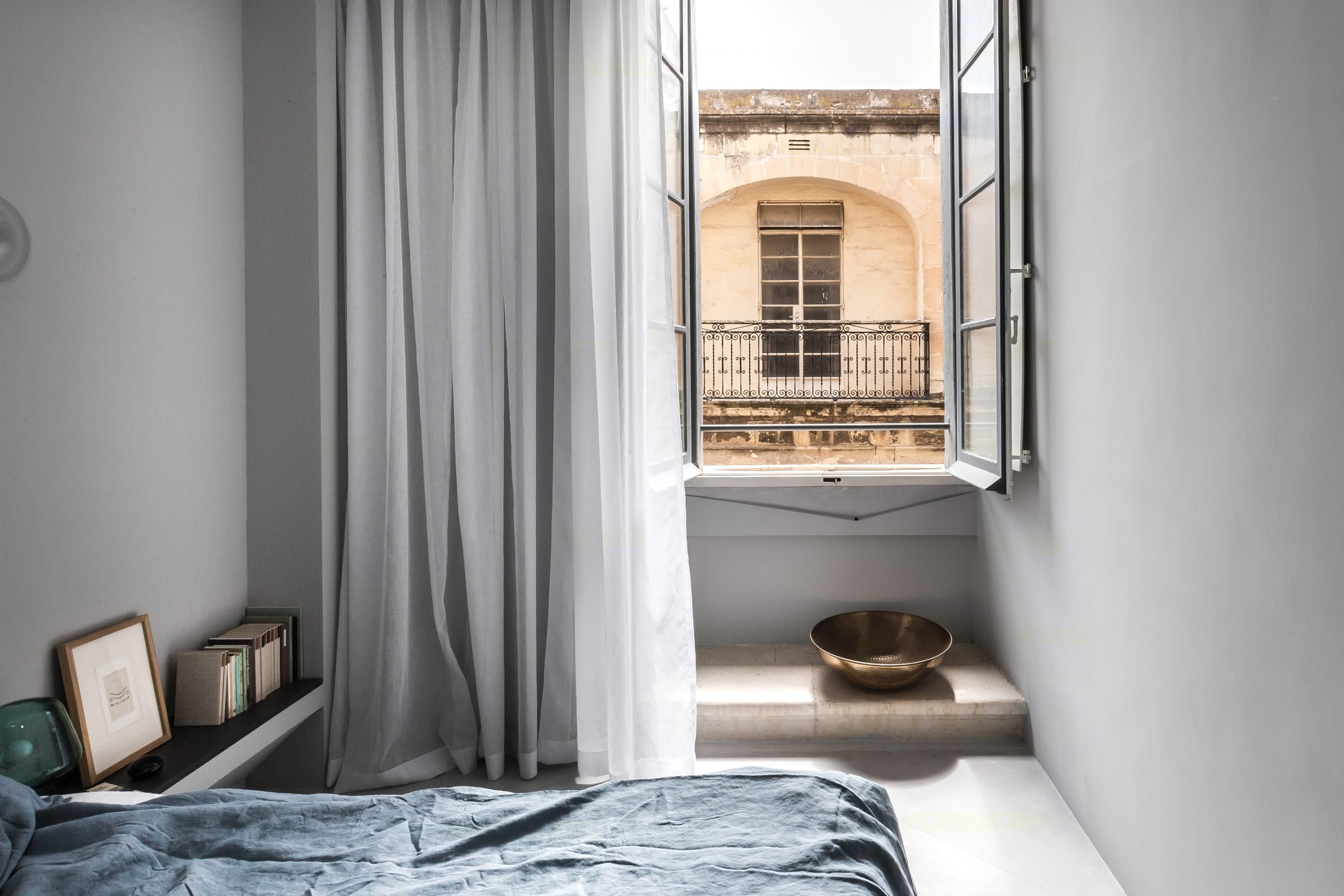 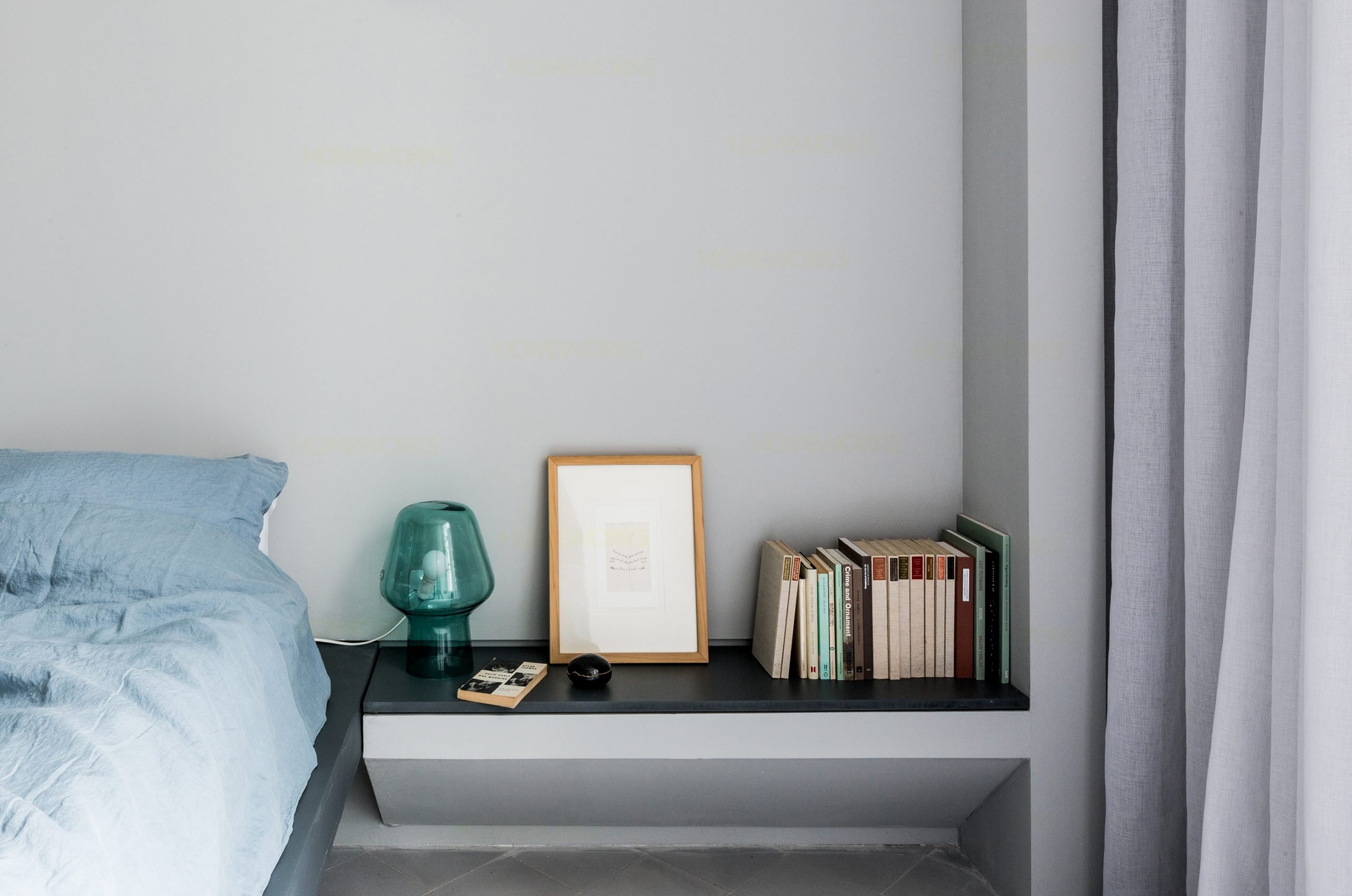